Blog >>An Insightful Overview of the Study of Semantics 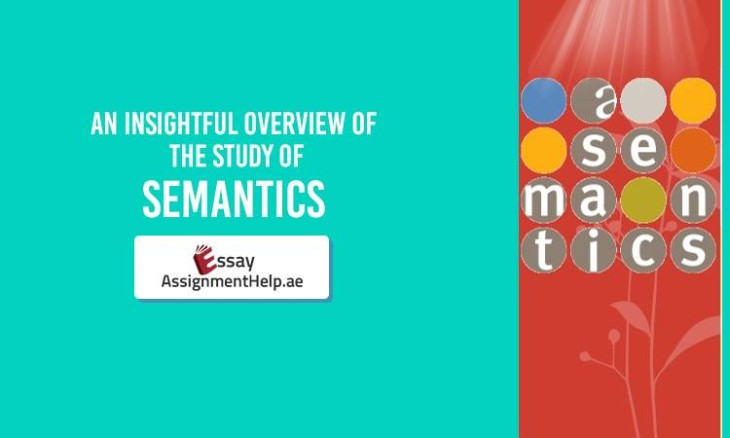 An Insightful Overview of the Study of Semantics

Semantics refers to the branch of linguistics and logic backed by meaning. There are basically two main areas associated with the subject of Semantic, namely, namely logical semantics and lexical semantics. However, getting the hang of this basic semantics definition isn’t sufficient for an individual who wants to get into the nitty-gritty details of the subject matter.
So, let’s delve deeper for further details.
Happy reading!

What is Semantics?  An Extended Overview

Semantics is the study of the link between words and how we draw meaning from those set of words. The process of semantics involves the deconstruction of words, sentence structure and signals. This impacts our reading comprehension as well as comprehension of other people’s usage of words and phrases in daily conversation. Semantics carry different theories, such as:

A Brief History of Semantics

Semantics was first used by Michel Breal, a French philologist in 1883. Semantics was used as a device that can be used in order to describe how words can carry different meanings for different words. Here are some of the most crucial aspects that define and outline the foundation of Semantics.

Talking of the history of Semantics, in the year 1967, Robert W Floyd, wrote a paper that defined what are semantics. Here are the key elements of Floyd’s work. Take a look.

The History of Semantic web vs. The World Wide Web

The feature article The Semantic Web, published in the year 2001 and authored by Tim Berners Lee, Ora Lassila and James Hendler talked about the following aspects of Semantic Web and the World Wide Web.

The article talked about a different way to use and search the internet. Additionally, it included a completely new dimension to the concept of web and semantics.

More about the History of Semantics

If we go back to the historical journey of Semantics, here are a few more facts that will intrigue you.

Now that you know where it all started, backed by the brief yet insightful history of the subject of Semantics, let’s take a look at how it is studied.

How is Semantics Studied?

In linguistics, semantics refers to the subfield that is dedicated to the study of meaning. To study semantics, one needs to develop a thorough knowledge of the different fundamentals of language.

There are key dimensions one must consider while studying this particular subject. Let’s take a look at the same.

Talking of using the concept of syntax trees to study semantics, the sub-discipline uses theoretical knowledge of how language works on a wider realm to explain and decode how meaning works.

Here’s a semantics example showing how an ambiguous can be explained using tow syntax trees.

The aforementioned example explains how different meanings affect grammar of a particular sentence with the help of two distinct trees showing how meaning impacts grammar.

Why is Semantics Studied?

Semantics, as a subject, has different definitions in the domain of Science and in Natural Language Processing as well. The sub-discipline is pursued by students across the globe due to a lot of reasons. Let’s take look at the most notable ones.

Now that you know why is Semantics studied, let’s move on to the next section and explore the developmental timeline of the subject.

Timeline of Development in the Study of Semantics

The study of Semantics dates back to the year 1960. However, the developmental phase continued till 1980, and is said to expand its base and application in the present day as well.

Let’s take a look at its journey.

Are still unclear of semantics definition a few concepts related to general semantics? Connect with us during any time of the day, for the best academic support on the go.

Assignments on Semantics are tough nuts to crack unless you are aware of its nitty-gritty. In case you are stuck with an overly complicated assignment topic on Semantics, refrain from keeping your mind occupied and get in touch with us at the earliest. EssayAssignmenthelp.ae is right here to provide you with comprehensive Semantics assignment help on time.

We have hired some of the diligent academic writers holding verified degrees in the subject of Linguistics from reputable institutes. If you are wondering about the subject we cover while drafting Semantics assignments, here’s a glimpse of the same.

So, without much ado, get in touch with us right away, and take home well-knit assignments on Semantics, much ahead of the time. Place your order with us now.